TransMagic Release 12 brings with it a host of new enhancements to make you more productive. Check out the video below for a 3-minute overview, or scroll down to see a highlight of new features. 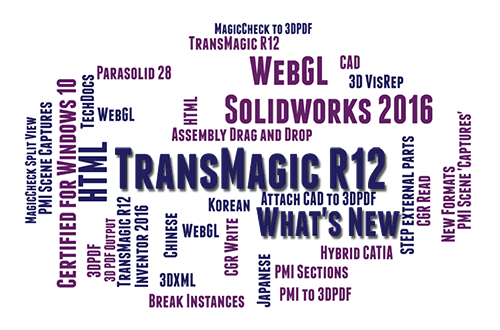 New formats include 3DXML and WebGL; 3DXML is CATIA’s visualization format, and WebGL is a powerful, lightweight format with a .HTML extension which can be viewed in any HTML5 browser. WebGL also supports MBD (Model Based Definition), used by many aerospace and automotive companies. Since WebGL allows anyone to view and rotate the geometry with no plugin requirements this format is ideal for online parts libraries. 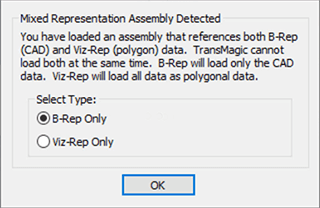 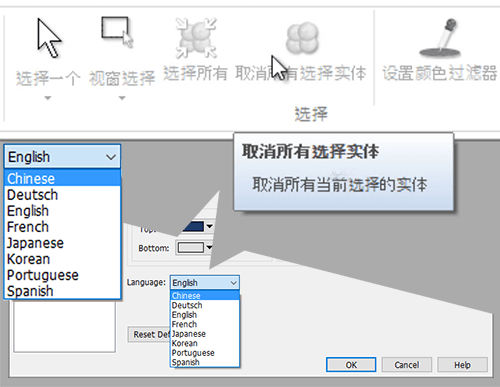 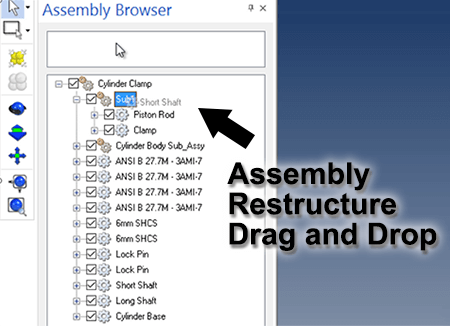 Figure 3 – Now you can drag and drop to add or remove components to subassemblies.

TransMagic Release 12 has also added the ability to break instanced geometry into discrete parts. These new capabilities add to the already robust Assembly Restructuring feature set, which allow users to rename parts, create new subassemblies, and reorder parts, as well as the ability to open a part or subassembly in a new file, make edits, and then add that component or assembly back into the file.

We worked closely with a major auto manufacturer to add MBD capabilities, including support for captured section views with all annotations, cutting planes and model features. Simply selecting any section PMI automatically causes the geometry to appear in a section view for easy visualization of PMI (see figure 4). All MBD and PMI views can be saved out from the PMI View Browser to 3D PDF or Excel. 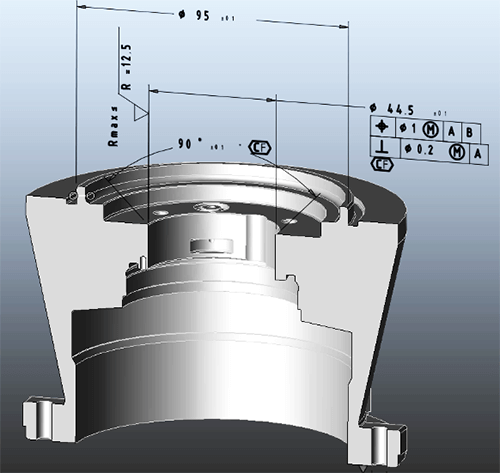 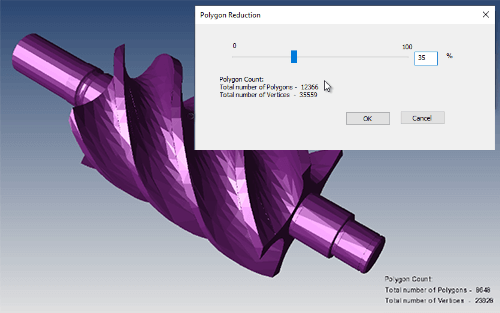 Figure 5 – The Polygon Reduction tool makes it fast and intuitive to reduce polygons.

A polygon and vertex counter has been added to the dialog box as well as to the lower-right of the screen for easy reference.

While the most common industry need is for polygon reduction, you may occasionally wish to increase polygon mesh density; this can be accomplished by right-clicking on the selected geometry and choosing Change Facet Resolution; the High and Super High settings will cause the starting density of the mesh to be extremely high. 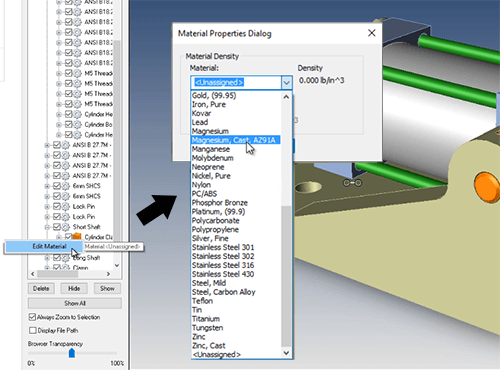 Figure 6 – Editing materials is now more intuitive and can be applied to components of an assembly for overall mass and centroid.

Materials embedded in the native CAD file are now supported in all related material properties. These properties can be edited in the Assembly Browser by the user (see figure 6), and will reflect an accurate weight and centroid for the assembly as a whole.

Finally, we have two big MagicCheck enhancements; MagicCheck now has two visualization modes when comparing revisions and validating geometry; the default mode, where the parts are overlayed exactly, or the new side-by-side mode. Choose the mode that works best for you, and never fear missing a hidden change again. (show both, going from single to dual screen mode, zoom so they can see views are synched).